Many owners dismiss an occasional mild cough as insignificant, which it usually is in people. From Nicky’s own experience, he wondered if it was an indicator of respiratory problems.

Young Irish show jumper Nicky Galligan and his own mare, Javas Miss Jordan, tackled some towering Grand Prix tracks at HITS Saugerties throughout the summer. A reserve finish in the $100,000 Wilmington Trust Grand Prix in early August was the third consecutive jump-off and top 5 finish in their first outings after a several-month show break.

Nicky has owned the 11-year-old Irish Sport Horse since she was 4 and the two know each other well. From her first lead change to their first Grand Prix together, Nicky has been her partner for the whole ride. He notices every mood shift and subtle indicator that something's not quite right. 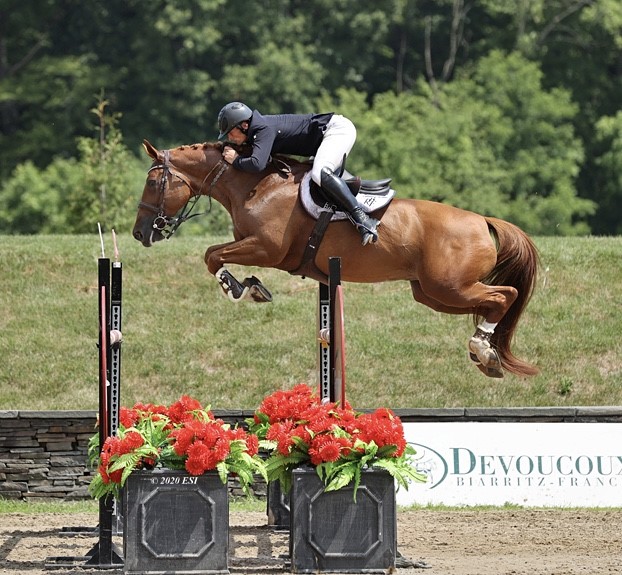 He first became aware of the latter after Jordan jumped her first 1.50M track in Florida earlier this year. "I have exercise-induced asthma myself and I noticed, toward the end of the course, that it felt like she was a little out of breath. I could relate to that."

Nicky was involved in high level soccer before switching to horses full time and he recalls the fear and frustration of having to break for an inhaler treatment while his teammates and opponents played on. "I felt as fit as everybody else, except for that."

With Jordan, "I'd always felt that the occasional rails were never the result of her being uncareful or unfit, but of her having the moment of feeling like there is too little oxygen in her lungs." She finished a respectable 12th place in that HITS Ocala Grand Prix, so it hadn't held her back much. But when a bit of a dry cough emerged, Nicky knew the previous routine of soaking Jordan's hay to reduce dust wasn't sufficient.

Many owners dismiss an occasional mild cough as insignificant, which it usually is in people. From Nicky’s own experience, he wondered if it was an indicator of respiratory problems. He got right on working with his vets, Lisa Casinella and Tim Ober, to find a sustainable solution.

Nicky was somewhat familiar with the benefits of steamed hay through friends including Australian show jumper Rowan Willis. As Jordan's owner, Nicky pays all her running costs and the steamer's expense was a stretch. However, "If I only have 50 bucks left in my pocket, I’d spend it on my horse.” He's grateful for Haygain's help in providing an HG600 model, the easily portable mid-size of three steamers.

High-temperature hay steaming reduces up to 99% of the dust, mold, fungi, bacteria and other allergens found even in hay of good nutrient quality. Jordan started on steamed hay in the spring. Even though she wasn't competing during the spring and early summer, Nicky and his team were relieved that the mild cough went away almost immediately, and her breathing seemed improved even while she worked to stay fit at home.

There’s no test like going all-out on a Grand Prix course, and Jordan aced that – three times in a row at HITS Saugerties. "There is definitely a huge change in her, with the addition of Haygain steamed hay," Nicky states. Jordan also gets nebulizer treatments, which are no doubt helping, too. Many horses with mild respiratory issues have been able to go without nebulizer medications once they get steamed hay and Nicky hopes that Jordan will be one of them.

"Puffed" is Past Tense

The improvements are subtle, but critical, Nicky explains. "She has always been careful and consistent as hell. But I was finding her a little 'puffed' in the course – it didn't feel like she could jump off the ground. As of her first show back, at Saugerties, she felt more confident. She was better on the back rails and I felt that she trusted herself more. I feel like I have my younger horseback, when the effort was not as big, and her mind is clear because she is getting the oxygen she needs." 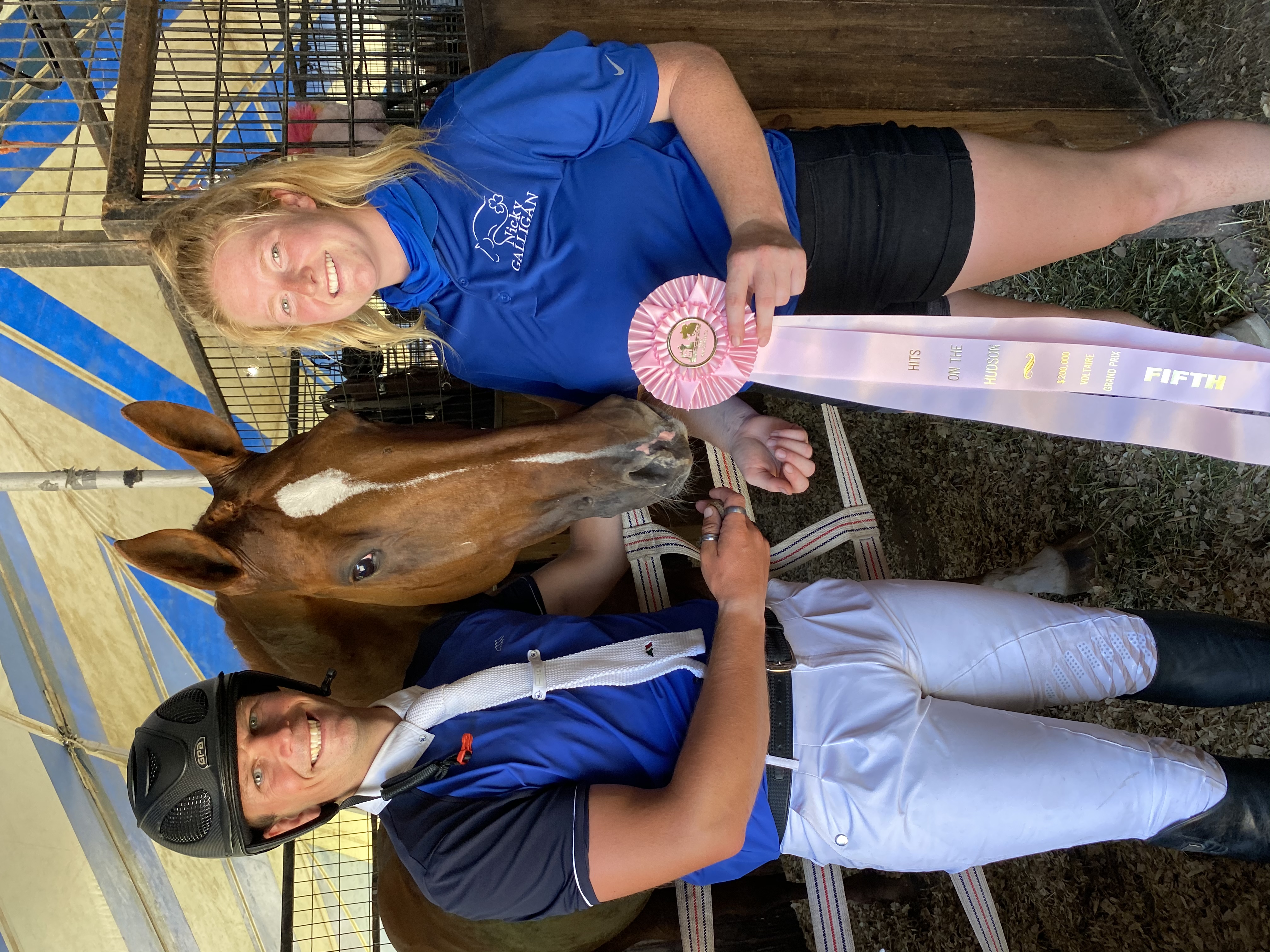 Nicky's observations echo those of top sport horse and racetrack veterinarians. Many describe respiratory restrictions as the top performance limiter in otherwise sound performance horses. Prior to hay steaming and the nebulizer treatments, Jordan struggled the most during high heat and humidity. "She hated it," Nicky says. Yet, Saugerties had extremes of both. "She performed great in what would previously have been her least favorable conditions." Steamed hay should be a nice addition at Nicky's new business base in Brookhaven, New York, where summers can be a little hot and sticky, too.

Along with better breathing, Jordan has approximately quadrupled her water intake since starting steamed hay. The steaming process already improves hydration by adding water to the hay, but Nicky notes

increased drinking from her water bucket and he's not exactly sure why. "She's a very sensitive horse, so maybe the dry hay was irritating her esophagus and trachea and steamed hay isn't, so she's happier to drink more." Whatever the reason, the result is great: more hydration helps digestion and improves muscle function, especially when it's as hot as it has been this summer.

Nicky and Jordan's renewed confidence and vigor is a positive prelude to their next challenge on the resumed show jumping circuit. Whatever the upcoming outcomes, however, Nicky is relieved to be able to help his horse cope with a scary condition he's all too familiar with.