The Upside of Downtime 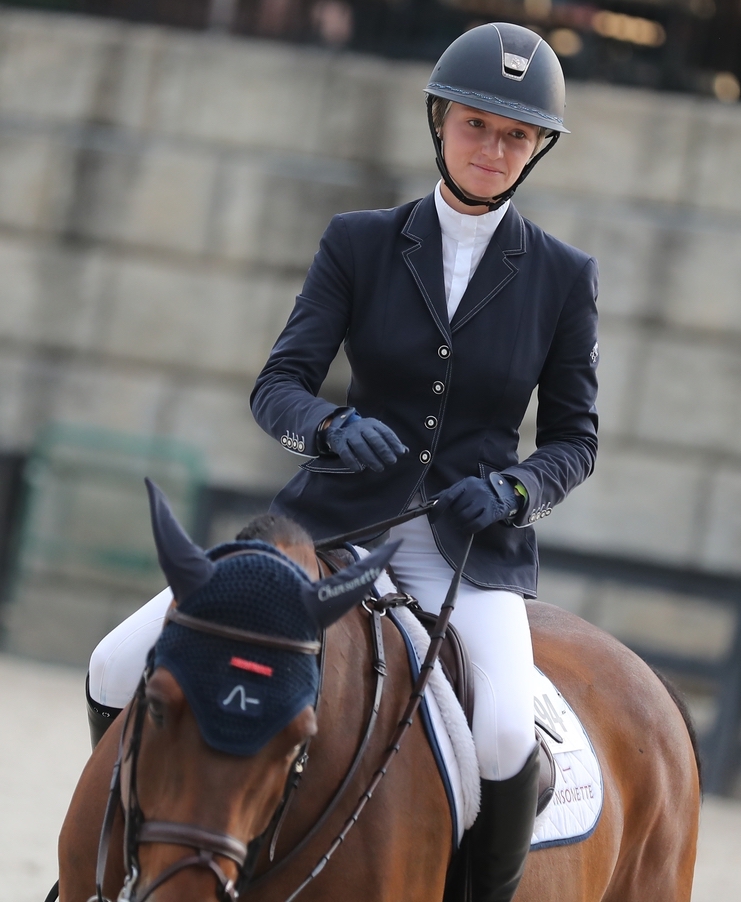 Young show jumping professional Lillie Keenan made a pact with herself when it became clear the COVID-driven competition closures would last a while. "I'm going to be better coming out of this than when I went in." That's saying something for an equestrian already sitting at #10 on the U.S. rankings going into the shut-down in March.

She sees the pact as a responsibility to her horses. "They deserve to have someone that's going to try to improve themselves."

The first step for the show jumper was removing all the jumps from the arena at her family's Chansonette Farm in Wellington, Florida.

"It's easy in any sport to get wrapped up in the competition and the winning, because we are competitive people," Lillie reflects. "We can lose sight of taking time to actually practice the details and simple things that are needed to achieve the precision our sport requires."

Her longtime coach McLain Ward had commented that experienced Grand Prix horses can easily go without jumping practice. "It's the riders that miss jumping." With that green light, Lillie focused on the little things requiring patience, practice and persistence.

She drew on considerable expertise: McLain's, past lessons in classical dressage technique and more recent work with another Olympic show jumper, Michael Matz. That's along with swapping observations with stable manager Craig Pollard, who also rides the horses, and her boyfriend, Belgian horseman Constant Van Paesschen.

Despite a season very different from the European tour she had scheduled, Lillie loved the long stretch of percolating past lessons and shared wisdoms with her own experiences. She put them into practice on her own, with nobody on the rail to remind her. "That is the point of learning after all," she reflects. "Using what you've learned."

She also loved giving the horses a break in their usual routine. More time for turn-out and trail rides helped with physical and mental fitness. "It was great to have ways to keep them looking forward to their work."

The privilege of being able to literally ride out the show shut down at her own farm is greatly appreciated by Lillie. 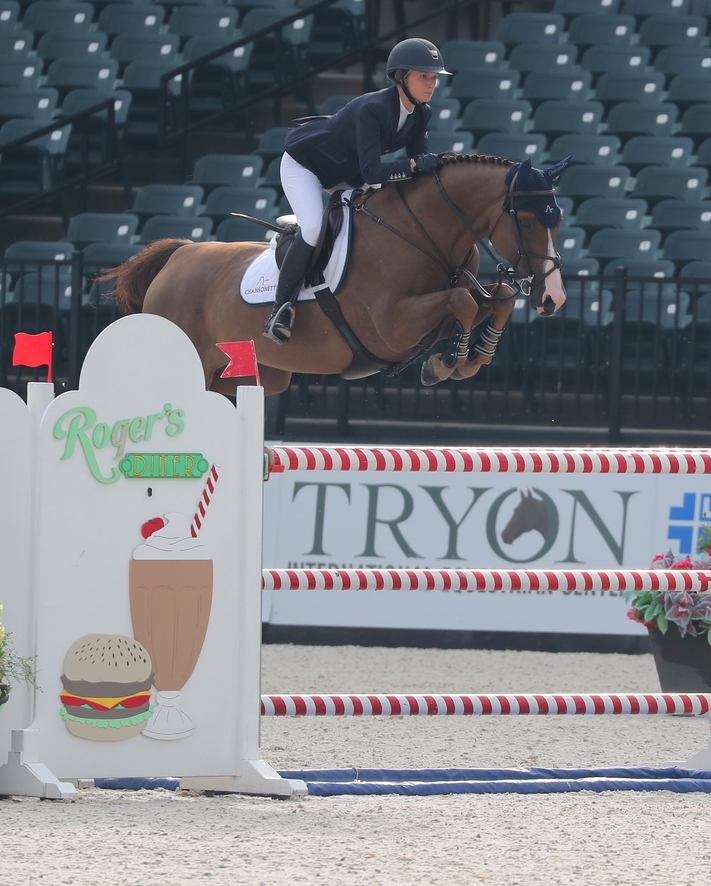 Not focusing on wins translated to winning results when shows resumed in July. Wellington hosted three weeks of national competition, in which Lillie earned first and second finishes on 8- and 9-year-old up-and-comers. "Especially with talented young horses, it's easy to fall into going for the win every time. But we have a responsibility to teach them about the steppingstones on the way to getting there. That's the hard thing mentally, to have that patience.

Improvements in the partnership with her more seasoned jumpers were evident, too, especially with the uber-talented Fasther, a 10-year-old Dutch Warmblood. "Anyone who has seen me on this horse knows the mountain I've had to climb with him when it comes to rideability," Lillie explains. "He is ridiculously talented and it's a matter of harnessing that to my advantage."

Adding Haygain steamed hay to her horses' daily diet is another positive change this year. "We love our steamers and use them for all our horses," Lillie explains. Familiar with hay steaming through McLain Ward's Castle Hill Farm program, Lillie first turned to it for 8-year-old El Balou OLD shortly after he arrived from Germany. Like many newly imported horses, he was struggling with the change in location. A respiratory infection became evident in his restricted breathing as he began to work in Florida.

"I love competing in Florida, but it's hard for the horses that aren't used to it because of the humidity, heat and allergens," Lillie explains. "I've never had allergies before, but I struggle myself in Florida, so I know how debilitating that can be."

Haygain's high-temperature steaming reduces up to 99% of the dust, mould, fungi, bacteria and other allergens found even in hay of top nutrient quality. That made a "dramatic difference" for El Balou. "Haygain allowed us to maintain the quality of his respiratory function. He's much happier and feeling much better." Lillie quickly put all her horses on steamed hay. A full-bale HG 2000 stays at their Castle Hill base and the easily portable medium size model, the HG 600, keeps her traveling horses on steamed hay. She's not alone. At early August's Great Lakes Equestrian Festival, Lillie estimated her unit was one of about 15 steamers clustered in the venue's power tent.

Along with being a rising talent on the international circuit, Lillie is a smart professional who is frequently approached by companies seeing product endorsements. "I've always felt that if I am going to promote something, I have to really believe in it and use it. It has to be a product that I would use regardless of my relationship with the brand."

Partnerships enhanced by extra training time and better health thanks to steamed hay have Lillie and her horses looking forward to the rest of this year's show season and a renewed ascent on the international stage in the years ahead.